What is a Video Splitter?

A video splitter, also known as a video distribution amplifier, enables the video signal from a single video source to be replicated and simultaneously broadcasted to multiple displays, as in the diagram above. The unit's input is connected to a video source, like a DVD player, and the outputs are connected to different displays, such as flat screen TVs.

Video splitters are ideal for many applications where high quality video on multiple displays is needed, including: digital signage, trade shows, point-of-sale retail stores, airports, and classrooms. The number of potential applications is growing all the time.

Both types of splitters serve the same function of replicating the video signal from a video source and broadcasting the signal to multiple displays. However, video splitters/extenders offer more flexibility because the displays can be located at further distances - allowing the displays to be placed in different rooms within a building.

There are also video splitters that simultaneously display video signals from up to four different computers or video sources on a single screen, as demonstrated in the diagram above.

Active video splitters have a powered signal driver or amplifier that boosts the power of the original signal level to avoid quality loss from the splitting process. This allows the output signals to match the strength of the input and enable the signal to be sent over a longer distance without any degradation of quality. Comparatively, passive video splitters use impedance-matching components, which do not require power. Some potential issues caused by passive video splitters include a weak signal due to attenuation and ghosting as a result of impedance mismatch.

While both analog and digital signals can be used with active splitting, passive splitting is almost exclusively used for analog video. Digital signals do not lend themselves to passive splitting due to the difficulty in matching impedance without significant attenuation. Additionally, with the prevalence of content protection, such as HDCP (High-bandwidth Digital Content Protection), passive splitters are unable to provide the decryption and encryption process required to display the video signals on multiple displays.

To find out more in formation about our range of video splitters, please contact our technical sales team. 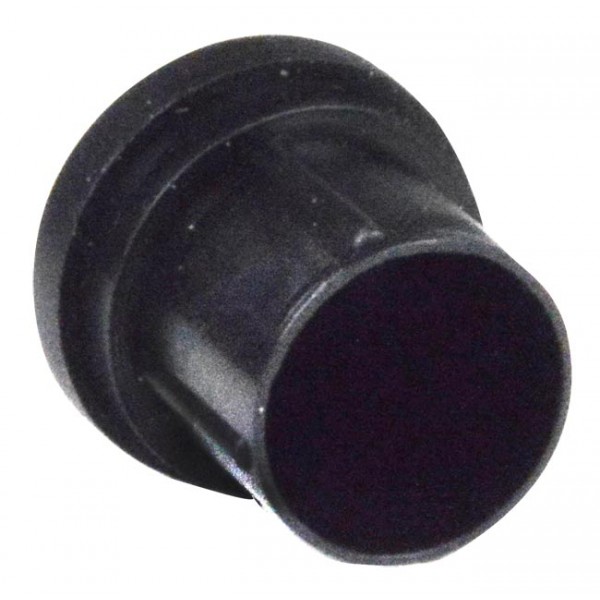 VPI's new XLR Male Connector Covers are a useful addition to its popular line of Connector Covers. The plastic anti-dust caps provide a snug fit to keep the inside of male XLR connectors free from physical damage, dust, dirt, grime, and liquids.

The CVR-XLR3Pxx dummy plugs are compatible with standard 3-pin male XLR cables, ports, and connectors. The black connector covers are easy to remove, and available in quantities of 10, 100, and 1000 per package. The RACKMUX-4K17-N consists of a forward-folding 17.3” TFT/LCD monitor that supports resolutions to Ultra-HD 4Kx2K 3840x2160 at 60Hz 4:4:4. This has a compact, heavy duty tactile keyboard with 17-key numeric keypad; and a three-button touchpad mouse.

Why MPO Connectors are so useful (and popular!) A Fibre connector that enables you to save time, give you extra space, and gives you great performance - the Multi-fiber push on (MPO) connector. The MPO Connector has become spectacularly popular over the last few years and is now the primary multiple fiber connector used globally for high-speed data and telecom communications networks.